back to project Sport for Social Action 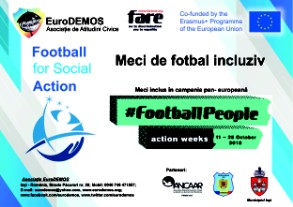 back to project gallery

The football field has become a common framework for the demonstration of the sporting abilities for young EuroDEMOS volunteers, young people from ANCAAR Iasi, young students from the Faculty of Philosophy and Political Sciences of Al. I. Cuza Iasi University and representatives of the Iasi Local Police, during the football match including Football for Social Action, which took place on October 18 at the Ciric Sport Facilities Iasi.

The football match developed within the Pan-European Campaign #FootballPeople Action Weeks aimed to raise awareness of the importance of cooperation and interaction among people with different abilities to harness the benefits of sport for social cohesion.

The football match is an activity of the European project "Sport for Social Action", co-funded with the support of the European Union through the Erasmus + Sport program. The international partners of the project are Youth Alliance and Special Olympics from Macedonia, Inter Alia from Greece, EuroDEMOS from Romania and Special Olympics from Slovenia. 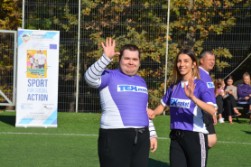 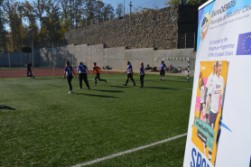